For any of you that have read any of the novel I am posting on this website (In That Other Dimension), it’s possible that you have already guessed one of the biggest influences in my writing – the genius that was Douglas Adams.

Now, if any of you haven’t read the epic masterpiece that is “The Hitch-Hiker’s Guide to the Galaxy” series, seriously, what have you been doing with your life?! Get to the nearest bookshop, buy it, and prepare to laugh. A lot.

Towel Day (otherwise known as Geek Pride Day) is the 25th May. In honour of Douglas Adams’ life and works, I hope you are carrying a towel and that it’s still clean enough for drying yourself. If you’re not, at least take the time to write some Vogon Poetry at lunchtime here.

As HHG fans will know, Vogon poetry is the third worst in the known universe. This is a Vogon.

To celebrate Towel Day, I’ve posted some Vogon Poetry, previously unseen and written by the HHG’s main character, Arthur Dent. In a bizarre slice of luck this close to Towel Day, it was delivered to me by the white mouse who lives in a box of porridge in my kitchen cupboard.  It contains “in jokes”, terrible humour and poor rhythm. That’s just the way it is. Under no circumstances should you read this poetry aloud – unless you work in Guantanamo Bay that is.

So I thought I’d write some poetry

Vogon in nature, I hope you I’ll agree

Or I’ll grubble your fruncheons and cut down your tree.

I don’t, but I prefer it to gravel.

I like to hit crabs on the head with a gavel

Shouting “Resistance is useless!” as their brains do unravel.

She’s a girl I met in Islington

At a party where she left with a two headed man.

Then those wretched Vogon’s destroyed my home

And ever since I’ve been forced to roam.

And roam I do, though not to Rome

Cos Rome’s not there any more.

I’m desperate for a gargle blaster

Although they hurt the morning after

Last time it got me really pished

I tripped and lost my babel fish

I hope you’ve got your towel with you

If any of you have got this far, you’re obviously big fans of THHGTTG. If so, you probably like my sense of humour and might enjoy my book! Give Chapter 1 a go – it’s only a ten minute read! Thanks 🙂

As it’s nearly Easter I thought I’d be topical for a change, instead of just odd.

If you’ve read any of the other material on my blog so far, you’ve probably noticed my love of silliness, and sarcasm. You won’t be let down here, I promise.

Warning: if you take things too seriously, please ignore.

I’ve always thought it rather funny,

Just think about the Easter Bunny.

And what do bunnies always do??

Parents mustn’t have a clue.

They let him in on Easter morn,

He sneaks upstairs to their young born,

Armed with chocolate to lure them in

On the day that Jesus was cleansed of sin…

I have a solution which may sound bitter,

We should lock him up with Gary Glitter.

I think that image is kinda funny.

We’ll round them up – get Santa Claus!

The bogey man, and the tooth fairy of course.

And the ultimate voyeur, the Man in the Moon.

We’ll get our human rights back soon. 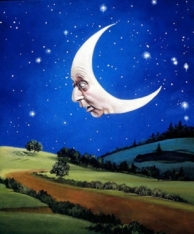 I hate to live in a society

Where this kind of thing can happen to me

So I’m going to save you all from this,

But I’ll save you first if you’ve got nice tits.

My Books on Goodreads (Giveaway Active!!)

See the giveaway details at Goodreads.